Author’s note: If you haven’t read Crazy Good, stop now! Click the X. Don’t read another sentence! *SPOILERS* If you have read it and you want a little extra Maverick, read on. This is the scene from the hospital (when he wakes up) written from Mav’s point of view.

Darkness isn’t so much a helpless feeling as it is an anesthetic. Now that the black turns to a murky gray, I feel everything–the numbness leaving my body in sections. It’s slow at first, but the pain is fierce and violent when the ringing in my ears violates my skull. What the fuck happened? Where am I? Can I feel my arms? Check. Legs? Yep, they’re still there. My brain seems to be working because I wouldn’t feel like every fucking bone in my body was broken otherwise.

My eyelids seem to weigh more than a fucking Panzer when I try to lift them. I realize the shrill noise is actually voices. The fuzzy, echoing words confuse me, but I recognize a voice. I also recognize the tremor in that same voice. She’s upset. Soft, cold fingers graze my jaw, but disappear quickly. I crack my eyes open and wince, breathing in and out; forcing myself to regain some degree of fucking competence. I stare up at the ceiling, trying to focus on something.

Hospital. Beeping monitors. Her voice again, “I’m out, Maverick. I’m leaving. Good luck, Mrs. Hart. You need it more than I do,” Windsor says, her footsteps growing faint until a door clicks closed. Panic sets in. I panic because I don’t know what’s happening. I panic because I know it’s something fucking terrible. I panic because I can’t remember what happened. Confusion isn’t a feeling that rests inside Maverick Hart easily.

“Mav! I’m here!” Warm hands wrap around my jaw. “Calm down! You’re okay. You’re fine. I’m here,” a woman says. Finally craning my neck to the side, my eyes lock on her face. The wrong woman. The absolute, wrong, fucking, face.

“No. Windsor. Windsor. Wh-er-e is Win-dsor,” I stutter, unable to use my own voice without searing pain tearing through my body. I don’t even care why Monica is here. She’ll get around to that fucking point soon enough, I’m sure. I want Windsor to come back. I need her.

“She left. I’m here, though,” Monica says as a bevy of white coats and green scrubs blast through the door causing my wife to back away to make room. I watch her as she moves away, a pit of dread filling my stomach. Windsor’s gone…and she’s not coming back. Monica just made sure of that. I ignore the cacophony of hospital equipment cascading upon my body and focus on this one fact–the only thing I know for sure. I latch onto this shot of clarity and hang on tight. It’s all I have.

Why you? I think, out-of-focus eyes locked directly on hers. She doesn’t look disappointed even though I know damn well she knows I don’t want her here. If anything she looks sad. That seals it. The situation is far worse than I feared. A doctor is trying to get my attention, but his voice sounds as if it’s in a well. What’s the last thing I remember? Tiny razor blade cuts down one side of my body feel like mother fucking fire.

The doctor forces my face toward him, looking directly into my eyes he asks, “What is the last thing you remember, Mr. Hart?” He speaks slowly, as if I’m a small child–enunciating each word. I don’t need his patronizing questions. I don’t need anything from him. His lips keep moving, but my own words force their way inside instead.

One syllable. Five letters. Heart. The pain in my body concentrates in the center of my chest. More words.

The most important word flashes through my mind. It’s the word that makes everything else disappear because nothing else matters. 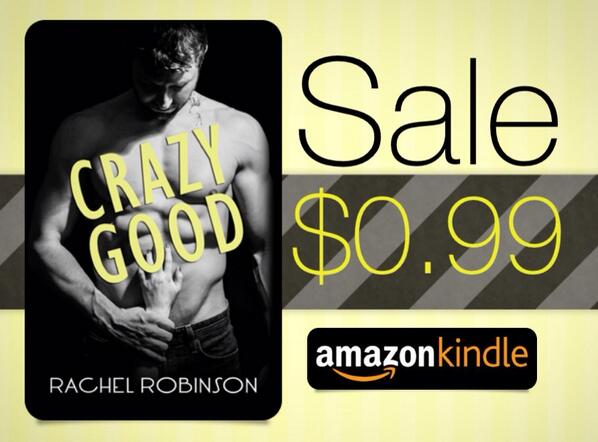 Tell your friends! Crazy Good is on sale for a limited time only. 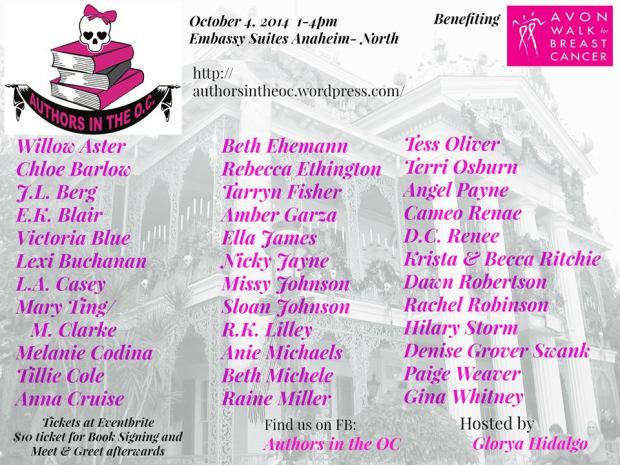 Rachel is the International bestselling Author of Navy SEAL novels, CRAZY GOOD and SET IN STONE. Check back here for book release news and upcoming releases.
© 2019 by Rachel Robinson. All rights reserved